I spent 3 months over the summer on a break from work (if you’re feeling pretentious, feel free to call it a sabbatical) mostly to keep a promise I made to myself a decade ago: when I was interviewing at Google my recruiter had warned me that without a degree (which I lacked) I might succeed at interview and fall at the final hurdle. So I booked onto a MSc at Sussex, absolutely loved it, and ended it swearing I’d take a year off every ten thereon to focus on lifelong learning. Then I blinked, ten years had passed, and I found myself thinking awkwardly about how to keep both this promise and my job. I’m exceptionally fortunate to have an employer with a generous view of taking time out, so that’s what I did. 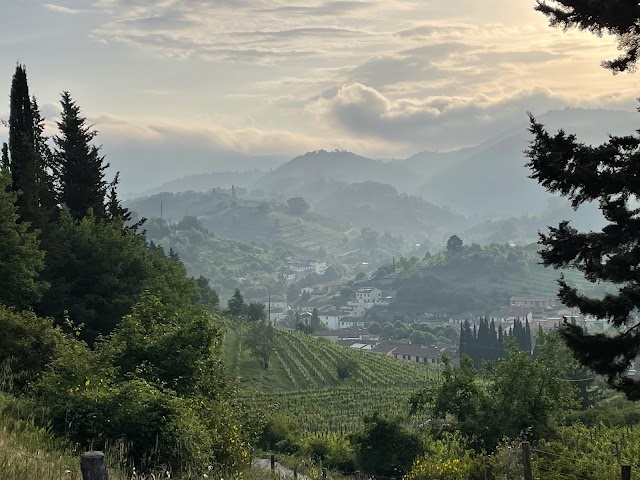 Common advice online was to start any break with a complete change of scene and habits, so I spent the first month in Tuscany, tucked away in the countryside near Figline Valdarno (between Florence and Siena) with a pile of books, some walking boots and my running shoes. I slept voraciously, read indulgently, and hiked around the local countryside until I was sick of the sight of terracotta and lush greenery. Towards the end my dad came out to visit and we continued in this vein together.

Then it was back to the Bay Area, where to scratch that educational itch I’d signed up for a course at Berkeley University as part of their summer program, Computational Models of Cognition. I figured that being in a university environment would be stimulating, I’d meet a load of like-minded people, the topic would give me an opportunity to look at biological aspects of intelligence (the day job focusing on silicon), and going a bit deeper on machine learning theory couldn’t hurt.

In practice my experiences were mixed. Where I’d expected to be one of many mature students along for the ride (Bay Area! Cognition! AI! 2022!), I seemed to be the only attendee over the age of 27. This was OK and everyone was very sweet, but I’d met That Guy during my brief undergraduate time at Reading, and been That Guy once already at Sussex. On the ML theory side of things, we didn’t go as deep as I’d hoped - building a simple feedforward network from scratch but not much more. The biological side was much more interesting, forcing me to revisit GCSE chemistry as we looked into exactly how synapses fire and impressing upon me the overwhelming complexity of the brain as we looked at key circuits in the hippocampus.

To pad this out, I took the excellent Brain Inspired Neuro AI course, an online effort from Paul Middlebrooks who runs a podcast of the same name. This course examined the same subjects, a little more broadly and superficially than the Berkeley course, and very capably. I particularly liked how Paul had extended the prerecorded lectures with regular calls for questions which he then answered in follow-up videos; and after subscribing to his Patreon, I’ve been enjoying the Discord-based community around the podcast.

Lots of real life happened during this time too: visits from my dad and an old friend from Brighton, both of which triggered some explorations of California countryside; a bout of COVID which passed through me and Kate, but (thanks perhaps to diligent masking and extreme ventilation) avoided our daughter B; we lost a much-loved cat; and B and I started learning to roller-skate in GGP. I also resurrected my Birdweather station - for reasons work-related and personal, ambient birdsong tracking has become interesting to me - and indulged an interest in bee navigation which I wrote about previously.

I read a lot. Here are some books I particularly enjoyed during this time; all are excellent and recommended.